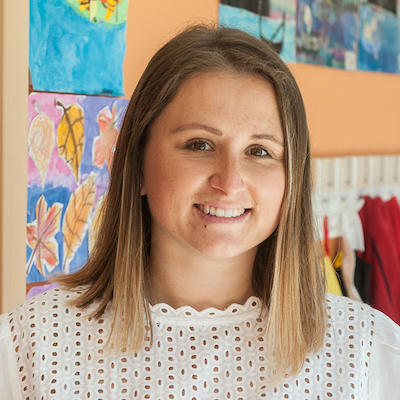 Aggie was born in Poland and migrated to Australia at the age of 6 after spending 4 years in Germany.She grew up on the Eastern Shores of Sydney in a local surfing town called Maroubra. An active, passionate and creative soul she was drawn to all things that were fun and outgoing.

She graduated from the University of Western Sydney witha Bachelor of Arts and a Bachelor of Primary Education.In 2008 Aggie decided to endeavour on the adventure of a lifetime and travel the world.

After visiting many amazing places she found herself in Padova and then followed her heart to Treviso where she married and began a new life in Italy.

Aggie came to the International School of Venice in 2014, taking on an Elementary and a Middle School Art teacher’s role.

She believes that nurturing and promoting the love of learning is crucial to the development of a child and thrives on modelling this to her students daily by being an active learner herself.

take an appointment now to visit our school
and to find out more about our training offer.